This week was a recovery week.  I knew that going in, but didn't look at it too close.  It ended up having only two runs and bike rides (instead of three each) which meant a bonus day off.  It was a very nice surprise.  It was kind of weird in that my legs seemed to get more tired and sore on the extra day off and the following day than they had been in the last month.  Maybe that's the way recovery weeks are supposed to work if your legs haven't fully recovered for a while.  If so, it was my first real recovery week.

11 weeks to go and training is going pretty well.  My back is still a little sore, but I started doing planks (they are hard!) to help with my core.  My shoulder is hanging in there, it gets sore after about 500 yards of swimming, but I'll be able to complete the 1.2 miles.  I still have some things to buy and better get to it soon.  I still ride my road bike with spd pedals and mountain bike shoes.  I plan to switch to proper road or triathlon shoes before the race (I better get shopping!).  I plan to buy an aero helmet and low rolling resistance tires.  I did a blog on bike speed a while back and need to follow through on my plan.  I also need to figure out what kind of shorts to wear.  I have three pair now and while they are all ok, they aren't what I'm looking for to race in. 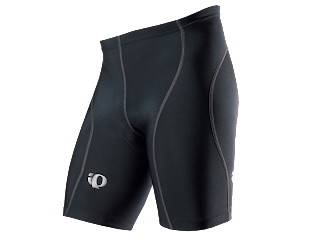 I have the cheapest Pearl Izumi tri short. They have a very small pad and are good for Sprint triathlons (in my opinion). Maybe a more expensive pair or their tri shorts would be better. 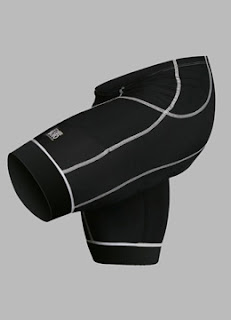 I read good things about De Soto 400 mile shorts and picked up a pair of them.  They are really nice shorts but the pad is a little big for the run (I think).  They are in their bike short section.  I like the way the leg grips work on them.  I need to try them during a brick before I totally rule them out.  Some people use them for half and full distances.  I may try the De Soto Forza shorts.  We'll see. 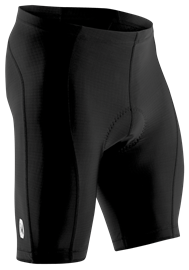 I also picked up a pair of Sugoi Evolution tri shorts.  The pad seems to be just the right size (between the Peral Izumi and the 400 mile shorts) but I don't really like the elastic leg grippers.
I really need to start dialing in my nutrition too.  I'm thinking about trying Infinit for the bike and living off the course for the run.  I need to give Infinit a call and come up with my formula, soon.  I did do a sweat test on the bike trainer this weekend.  It was a moderate ride and my rate was 24 oz. per hour.  I may not get many outdoor rides in before the race.  I'm a wimp when it comes to riding in the cold.  I need to suck it up and get out there.

Week 9 was a good week.  It was one of my higher volume weeks and felt good.  I really think keeping my protein intake up helps with my mood and my tiredness.  I did skip dinner one night and woke up in a bad mood.  More anecdotal evidence of the link between low protein and a bad mood for me.
So the week was good for several reasons.


The swim:  I got two decent swim workouts in.  That is the first time in a long time I got two decent swim workouts in.  I decided to do a long continuous swim for one of them just to see how the shoulder would do.  I swam 2500 yards straight and while the shoulder ached, it reached a certain point and didn't keep getting worse.  I really focused on trying to take it easy on the shoulder to see if I had a chance at swimming 2112 yards in New Orleans.  The answer is yes!
The bike:  Nothing too exciting but I did get 3 solid work outs in again.  Cut my long ride 30 minutes short Sunday to get the house ready for visitors for the football game.
The run:  I managed to get up early one day, had a nice run in the snow on another and a long run Saturday.

Thursday we got about 11 inches of snow.  I had a doctor appointment in the morning then planned to run on the treadmill then go in to work in the afternoon.  Well, with the snow, I planned on a treadmill run then working from home in the afternoon.  Before heading to the Y, I was reading some forum posts and ran across one about running in the snow and decided to give it a try.  It was beautiful but brutal.

﻿﻿﻿﻿
﻿﻿﻿﻿﻿﻿ Like I said, the run was brutal.  It was like doing intervals with leg weights on.  I would run until my heart rate hit mid zone 3 then walk until I hit zone 1.  I almost quit after 2 minutes, but the thought of changing again, going to the Y and changing again, running, changing again, motivated me to keep going.

For the first part of my run, there was one set of tracks, then none.﻿﻿
﻿


I was bored during the recovery period, thus the cool pics.  And a bonus video :-).

After running, I decided I didn't feel like working, even from home, so I relaxed and got my trainer ride in early enough to have a cookout.  Grilled chicken breasts, grilled asparagus, and grilled mushrooms.  Yum!  First I had to clear off the grill! 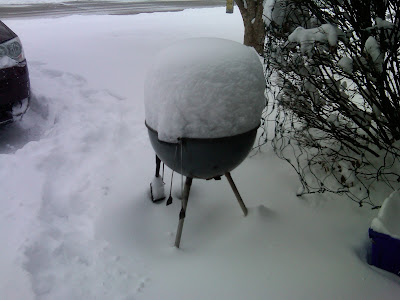 Oh, and to cap the week off, Go Steelers!

First, a back update.  This back pain episode was 1-2 weeks shorter than all my previous ones.  I didn't miss any rides in my plan and I only missed one week of running.  Usually it's 2-3 weeks so this is a huge improvement.

I've been following a custom plan I created on beginner triathlete and have decided the run volume is too high for me.  The plan had me running almost two hours for my long run this week.  I'm 12 weeks out from my half ironman and this seems high.  In fact, I didn't run for 2 hours ever for my last half marathon.  I checked out a couple other plans and they seem to agree with my assessment.  So I decided to jump into week 15 of Gale Bernhardt's 27 week half ironman plan. The long run for this week was 1:30.

On a non-tri related note, I was tagged by my friend Kate.  So here is what you are supposed to do it you are tagged.

1. Thank and link back to the person who awarded this to you.  Thanks Kate, I guess.  I'm kind of a introverted blogger so I don't know if I'll be able to tag 15 blogs.

2. Share 7 things about yourself.  If you know me well, you probably know all this.


3.  Pay it forward to 15 great blogs - consider yourselves tagged!4. Contact those bloggers and let them know about their award. If you follow me, consider yourself notified.  If not, I'm not contacting you.  It's not my style.
Posted by Ransick at 3:41 PM 1 comment:

I end up with severe lower back pain occasionally.  When it happens, I hobble around for a few days barely able to stand up straight and I'm very uncomfortable.  I'm pretty sure it is a core strength issue.  After it happens, I resume my back exercises for a while then I slowly stop doing them.  This time I thought I could make the outcome different.

Last weekend during my long ride and run, I started to get a twinge in my glutes and sides of my thighs.  I figured my back was about to go ,so I started doing my back exercises on Monday and added some planks to my routine.  I did some more exercises Tuesday, so far so good.  Wednesday morning, not so good.  I was running at 5:30 am, about 2 miles from home and my lower back got really tight and hurt.  So tight that I had to start walking.  Hmmm, 5:30 am, no phone, it's 25 degrees out, this is going to be a long, cold walk home.  I decided to lay on the sidewalk (in front of the St. Louis Bread Co,) and stretch my back.  There is hardly any traffic at that time so no one probably noticed, but it was kind of funny.  Anyway, I stretched it out enough and managed to run home.  I kept doing my exercises thinking I could still beat this episode.  Wednesday night I skipped my swim and Thursday morning I skipped my run but my back wasn't that bad.  Thursday night I biked and it still wasn't feeling too bad.  Friday, still not too bad.  I was pretty sure I beat this back episode.  Then Saturday it started getting worse, much worse.  I managed a 2+ hour trainer ride but got off the bike every 45 minutes to stretch my back.  Sunday was supposed to be a long run, but I could hardly walk :-(.  I ended up laying on the floor watching football.

Lesson learned, again..... don't neglect your core.  Hopefully I can get back at it mid-week.

Got 8 of 9 workouts in which will probably be my max per week because my shoulder hurts when I swim.  I was really tired Tuesday and Wednesday and I have another cold.  Tiredness and frequent colds are both symptoms of not getting enough protein.  Depending on who you believe, I need somewhere between 90 and 180 grams of protein per day.  That's between three quarters and a pound and a half of beef or chicken per day.  Of course there is also protein in eggs, nuts, yogurt, milk and plenty of other things, but getting 100+ grams of protein isn't easy.  I made some hard boiled eggs to add that for an afternoon snack every day.  I'm also not getting enough sleep.  I plan to correct that starting this week.

I managed to gain 3 pounds over the holidays.  Not bad.  I can only imagine how many I would have gained had I not exercised almost 10 hours last week.  Time to lay off the cheese spread!

I did have a couple mental victories this week.  Saturday I managed an 8.6 mile run outside even though it was cold and windy.  I had no excuse.  I have the cold weather gear I need, I just needed the motivation.  I procrastinated as long as I could, but did manage to get it done.  I was still a little cold.  Running with a cold bottle of water wasn't a good idea. 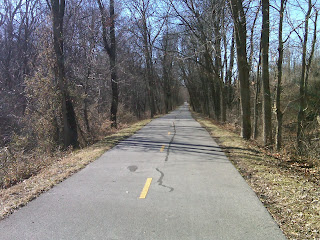 Sunday I managed a 2.5 hour trainer ride.  That is my longest to date.  All my rides the last month and a half have been on the trainer.  I might need a mini DVD player during New Orleans to mimic my training :-).

I plan to start upping my biking a bit.  I don;t really want to add another workout, so I think I'll just take some time on to my short rides.  Since the race time is roughly 3:2 biking to running, I think the training  hours should be too.