A week ago Saturday I went to China for business.  Our flight left Saturday morning at 6 am (ouch!) and we changed planes in Chicago then had a 14+ hour flight to Shanghai.  I was dreading the long flight but kind of looking forward to it in a weird way.  The thing is, I like to read, but rarely make time for it because it seems like there is always something better to do.  So 14 hours on a plane was kind of nice.  I read the first Hunger Games book and a third of the second one, and really enjoyed it.

I traveled with a colleague from work that was born in Shanghai so I had my own personal tour guide/translator!  I would have had trouble getting around and communicating with out her. Our hotel in Shanghai was right next to the TV Tower which was the tallest structure in China until 2007.  The second ball in the tower is a revolving restaurant overlooking The Bund.  The weather was overcast and dreary so my pictures don't do the area justice. The view from the TV Tower must be amazing when the weather is clear. 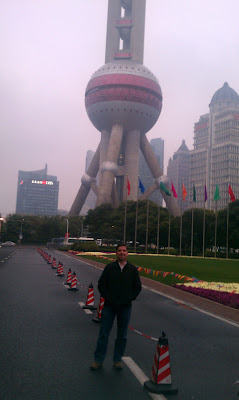 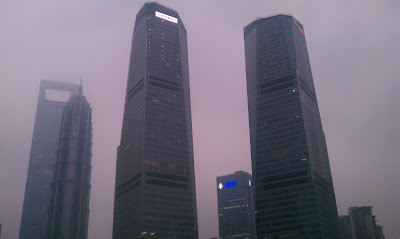 In the morning we took a tram under the river and walked around the Bund area. 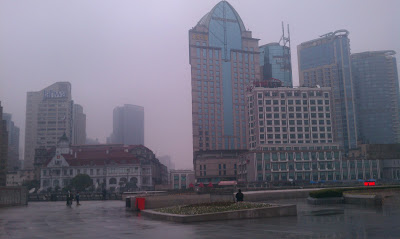 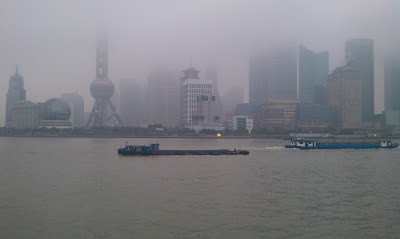 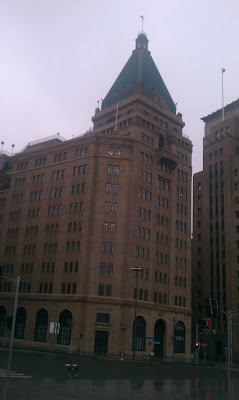 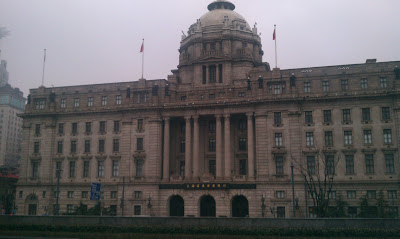 After walking around The Bund, we went to Yu Garden and did some shopping.  We also ate at a famous bun restaurant.  Again, it was great having a colleague fluent in Chinese to show me around.  I'm not much of a shopper (hate it actually :-)), but had fun walking around seeing what goods were for sale.  One of the coolest things we did was sampled different Chinese teas at a little sampling table in one of the stores.  I bought some Jasmine tea and Oolong tea. I guess I need to start drinking tea now :-). 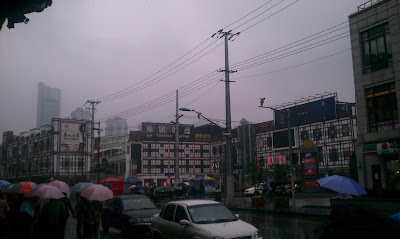 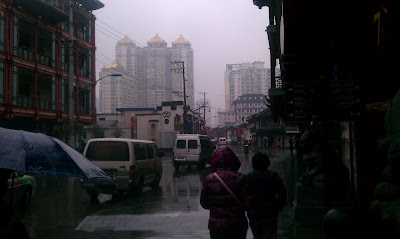 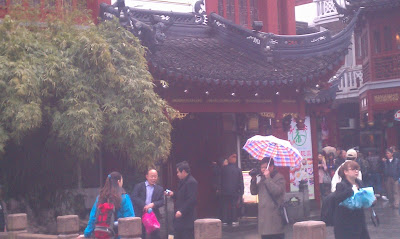 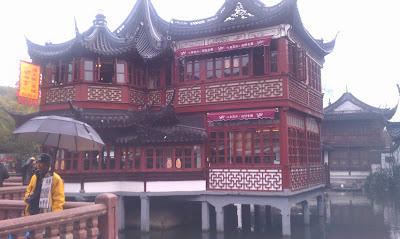 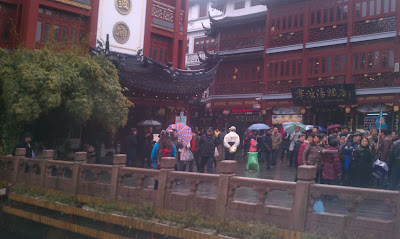 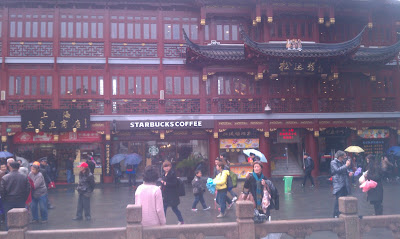 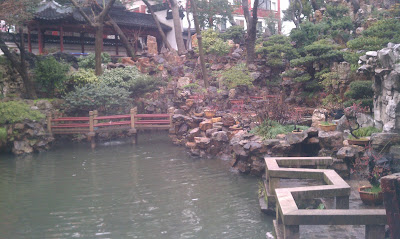 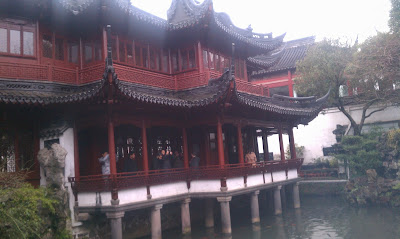 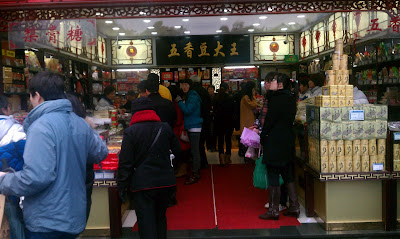 Sunday evening we left for the city we had business meetings in.  Interesting that it's common not to have heat in Shanghai.  Many apartment building had lots of windows open even though it was 40 degrees and raining.  The company we did business with didn't have heat either.  The conference room we met in had one small space heater.  When I pulled out some wool socks during the meeting, they went and got more heaters :-).  I was freezing until they did that.

One the way back, we flew out through Beijing.  I'll save those pics for another post.

I'm so envious of your travels, but I'm glad to get to see places through your eyes. What a neat trip. I bet you were FREEZING, I know you get cold easily. You probably would've been happier sitting on the space heater!

Shanghai is on my bucket list. It's just too bad there's little of my industry in places like that so going there expenses paid is not gonna happen.

Glad you are home safe.

How cool that you have been to Shanghai! No surprise that Starbucks is there- wonder what a mocha runs. :)

Interesting about the no heat thing. Glad you brought some socks for it. haha.

Great photos. Thanks for letting me travel through your blog today!

Very cool. Thanks for sharing the photos. Are the prices for Starbucks, KFC, McDonald's, etc. comparable to the U.S.?

So cool!! Too bad the weather was pretty crappy, I had no idea it was like that on most days. I would think it would get old. That's also neat you got a travel guide who spoke the language, were the locals very friendly to tourists?

Thanks for sharing the pics!

Cool pics! I've never really traveled out of the US (I have a passport with NO stamps - how sad is that). My grandfather who traveled fairly extensively told me that his trip to China with my grandmother was one of his favorites of all time. And excellent having a personal guide/translator - score!

I was going to ask what kind of business trip this was...until I read you actually did have meetings.:D It sounded like too much fun to chalk it up as "business";))
Great pictures...a place I'd love to see! (now that I know they have Starbucks;)
I think I want your job.....
(and i dont *know* how you even considered a run upon your return! Jet lag and all!!)

Kepa - I checked the menu which was comparable to the US but forget to check the prices. In general food was reasonable in China.

Jill - yes people were friendly and didn't really make a bnig deal about me being the only non-Chinese person in restaurants and such.

Have never really wanted to go to Shanghai but it looks really cool!

This is really neat. I love to travel and experience different cultures and environments. I bet it made all the difference to have a professional tour guide with you :)

What an amazing trip!!!
I was traveling without my kids once and missed a connecting flight that left me stuck in Houston for 8 hours or something crazy like that. Guess what? I LOVED IT!! I finally had time all to myself to READ! It was simply lovely :D

Beautiful pics!! That's some great memory will you will always have...I went to Japan twice while in college, and both times an adventure I will never forget!

What a cool adventure! Crazy about no heat. Guess we need to toughen up. :)

Looks like a real whirlwind! My hubby winds up on these types of trips all the time (although has never been to China ... yet) and doesn't know if he's coming or going ... but has a great experience just the same. I really enjoyed the pics!

Great pictures. I would love to travel for work but that doesn't happen at all.
Thanks for the comments about tri training. I like the idea of running 4 times, biking 3 and swimming 2. I think I could swim 7 and it wouldn't make much difference! But I'm trying. I had my second private lesson last night but that's it's own story.
I really wanted to say I looked at lots of tri plans and I am surprised at how small/short the distances/times they give you for training are. It hardly seems worth getting out the door. I think for now I am going to come up with my own plan. I have 3 more halves this spring so I need to keep running strong. I live in a hilly area and once I start commuting to work once or twice on my bike that will take care of itself plus a good weekend ride. And I am swimming twice a week now. I just need to figure out how to get it all in. I'm not biking yet but it's nice enough now to get it out. My A goal for the race will be to not be last!

great pictures, i really enjoyed seeing the "tired american" having some fun!!